Despite my persistent asking, no one has ever given me an example of this objective morality. However, moral argument proponent William Lane Craig was kind enough to provide a definition that I think we can work with. “To say that there are objective moral values is to say that something is right or wrong independently of whether anybody believes it to be so,” he writes.

The evidence presented for the existence of this objective morality tends to rely exclusively on appeal to emotion, appeal to intuition, scripture verses or references to Nazis. Of course, none of these things are actual evidence.

I have yet to be presented with a compelling case that objective morality exists. As far as any philosopher or layperson has demonstrated, morality is subjective. Any objectivity you cling to is as illusory as the flat, stationary ground we stand on while the sun goes down. More importantly, I trust you will see that this illusion requires no external magician to explain it.

Objective or subjective aside, I think we can all agree that morality is primarily concerned with behavior, and determining which behaviors are better than others. Some will simplistically label behaviors with a binary “right” or “wrong” system. Most, however, will be sophisticated enough to acknowledge that morality is more of a spectrum.

For the sake of illustration, let’s imagine that we can plot actions on a two-dimensional grid. In the center, we would find the most moral action – point A. For all other potential actions, we would evaluate their morality based on the distance from point A. The further from the center, the less moral. The closer, more moral.

So points D and E are equally moral, though less moral than C, which is in turn less moral than B. This evaluation of distance is true regardless of whether you believe it or not. In this way, we can objectively evaluate behavior. The moral argument seems sound so far.

All the Starting Points

However, if you’ve been around humans for any length of time, you may have noticed that determining a “most moral action” is likely to cause some disagreement. To determine it, some would factor in theology, or ideology, or pragmatism, societal pressures, or perhaps merely personal preference. This perspective is unique to each individual. As such, we end up with a new graph.

We are now confronted with the view that determining the morality of an action depends on the point from which you measure. Actions B, C, D and E are different distances from the different purple dots. Our observation of the present, and analysis of history, tells us that this accurately reflects how humans make decisions about behavior. Different groups, right down to different individuals, choose their own starting point and act accordingly. And these starting points change over time.

Of course, that there are many adopted starting points tells us nothing about the existence of an objective point A. Indeed, by the apologist’s definition, point A needs to be correct whether anyone believes it or not.

But you can see that any given action will have an objective assessment relative to each subjective starting point. And, of course, a person standing at any given point feels equally entitled to the objective correctness of their view as anyone standing at any other point. It is all relative.

At this point, you may protest that while everyone has an opinion, some opinions simply must be more right than others for we “just know” in our head/heart/gut that generosity is more moral than genocide.

Let’s set aside human morality for a minute and take a look at behavior in the animal kingdom.

Apart from the advantages of warm-bloodedness, one of the keys to the flourishing of mammals on the earth has been their tendency toward being social animals. Despite varying degrees, the list of social mammals is extensive… bats, cats, chimps, dogs, dolphins, elephants, gerbils, gorillas, horses, hyenas, leopards, lions, meerkats, orca, rabbits, rats, wolves and zebra, to name a few.

It is a common misconception to think of the phrase “survival of the fittest” in terms of the slowest gazelle in a herd, who will more likely be dinner than a parent. But it is to the advantage of a species to exhibit what biologists call reciprocal altruism — when an organism acts in a manner temporarily reducing its fitness while increasing another organism’s fitness. The sacrificing organism carries the expectation that the other will act in a similar manner at a later time. Such actions increase the fitness of the species.

For example, vampire bats who fail on a given night’s hunt will beg another bat for food. The fed bat may regurgitate some blood to sustain the other member. While any bat may donate to any other bat, researchers have found that the sharing does not happen proportionally. Bats are most likely to share with relatives, next most often with bats from the same colony, and least likely with those from outside the colony. This is an example of tribalism — a hierarchy of loyalism to those most likely to further an individual’s genes or species.

Of course, some animals go beyond altruism and develop negative reciprocity where individuals who fail to provide for the group are punished or shunned by the group. These non-cooperative individuals are excluded from breeding, thus ensuring the next generation is more likely to have the altruistic traits. For example, macaques that find food without giving food calls to others become the target of aggression. Domestic horses that are fed separately within sight of the group will be attacked upon return. As such, these animals learn social consequences of their actions. 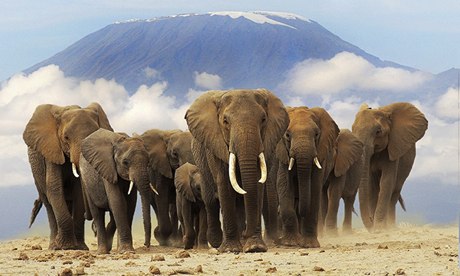 In more complex social structures, individuals are allowed levels of individual expression so long as that expression does not jeopardize the group. While elephants are lead by a matriarch, she will listen to and accommodate requests from adults and juveniles alike. Some elephants become popular while others do not, outside of leadership and lineage. Dolphins researchers identify that each individual dolphin has a unique whistle that identifies him to other members of his pod, and that the pod will respond uniquely depending on the perceived behavior of the individual.

Christian apologists tend to hold that morality is a trait unique to specially created humans, so would think of animal behavior as instinctual rather than moral. A naturalist would claim that social behavior has given some species an evolutionary benefit and these were honed in millions of years of natural selection. Either way, one could identify a moral system that would arise from the behavior of social mammals.

As for all animals, the key priority would be survival of the species, followed by the flourishing of the group and then individual self-preservation and preference. Morality would be determined by a blend of…

Such a moral code would require no divine revelation as it would be determined solely by biological and evolutionary necessity and advantage. We will call this naturalistic moral system “well-being”.

The Necessity of God

A moral system based on natural “well-being” requires no divine revelation to find consensus. Biological and evolutionary necessity and advantage are all that is needed.

“Well-being” is not “borrowing from a religious world view” as a theist may charge, though the confusion is understandable. On the “obvious” moral values — murder, theft, assault, kindness, and the like — the various surviving world theologies are predictably aligned with natural survival traits. (Theologies or ideologies that promote destructive behavior will ultimately go extinct as adherents disappear.)

Please be clear, I am not advocating that a “well-being” morality system is in any way objective. It is every bit as subjective as any other theology or ideology, despite having my personal endorsement. No, I present it here to demonstrate that what theists point to as objective morals “divinely written on our hearts” is adequately, if not superiorly, explained without need of a supernatural source.

But you may object, this “well-being” morality doesn’t explain how we know that witches, homosexuals and atheists must be put to death, where to buy slaves and how badly to beat them, that rape victims should be forced to marry their rapist, that the teaching of a woman is less desirable than that of a man, and that polyester / cotton blends are immoral. That’s true. Those things have nothing to do with well-being. For those judgements, you would need a never-changing decree from a god.

It might come as a surprise to you, but if you don’t follow everything listed in the paragraph above, then you have created your own subjective morality where you evaluate what is right and wrong using your own personal criteria. I applaud this… a system to decide is much better than an inflexible, incomplete, authoritative decree.

Well, Why Should Anyone Care about Well-Being?

It is about at this point that I hear theists throw up their hands and question why a secular-minded person would care about well being in the first place. (Maybe they throw in a “since we’re just a collection of atoms” for good measure.)

This is like discussing the relative health merits of jogging vs. eating a bag of potato chips, but trying to end the discussion by asking why anyone should even care if they are being healthy. Obviously, many people do not care about their own health. You cannot make someone care about health, despite what may seem like self-evident reasons. This has no bearing on an attempt to evaluate the health benefit of actions. We just agree to a common reference point that health is better than non-health, whether such an assumption is justified or not.

Two people have to agree to a common goal in order to commonly evaluate morality. That’s just the way it works. That’s why all morality is relative.

If we can agree that well-being is better than not-well-being, then discussion can begin. If we can’t, we can’t. No god required.

This is the only life we know we have, and the only society and planet that we are likely to have access to in our lifetimes. That is plenty of justification for a typical secular person, not that it matters.

However, I do believe I have properly demonstrated plausible naturalistic explanations for this intuitive morality that theists appeal to.

Moreover, if this theoretical objective morality does exist, it is of no practical use to we humans, since we cannot identify it. If we could, Christianity would not have thousands of denominations.

The morality you cling to is subjective, your own personal cherry-picking interpretation, because the objective one is no more identifiable than the square root of zero — and no more useful in a proof.

If you’re interested in more on this topic, allow me to suggest any of Matt Dillahunty’s clear discussions on morality, like this one.

3 thoughts on “The Magician-Free Illusion of Objective Morality”