Reasons to Believe is a creation advocate organization that generally earns my respect, if not my agreement. But a few recent articles caught my eye as uncharacteristically disingenuous.

In Pseudoenzymes Illustrate Science’s Philosophical Commitments, author Dr. Fazale Rana attempts to demonstrate what he feels is a “blind spot” in methodological naturalism (we’ll define this next, hold on) using an example of a recent discovery about the role of previously-underestimated pseudoenzymes.

Philosophical naturalism, as a point of comparison, is an overarching philosophy that the cosmos is driven exclusively by natural laws and forces, and that there is no spiritual or supernatural realm that interacts with our physical one.

Methodological naturalism, the type criticized by Rana, is a strategy that says when studying the natural world only natural causes will be considered. Basically, when scientists attempt to learn, they agree to limit their hypotheses to natural causes and effects. This says nothing about the supernatural convictions of any given scientist, nor is it a statement about a supernatural realm. It is merely a short-cut admission that there is no currently-known scientific method to know the supernatural. Maybe the supernatural exists, but our science cannot deal with it.

The cited research postulated that previous work in the field mistakenly considered pseudoenzymes to be dead, rather than active participants in cell signaling networks. “In other words,” Fazale rephrased, “the biases created by viewing pseudoenzymes as the byproduct of evolutionary processes hindered biochemists from identifying and characterizing the functional importance of pseudoenzymes.”

In short, in fulfilling their vital role as regulators of cell signaling pathways, pseudoenzymes display elegance, sophistication, and ingenuity. As a creationist, this is the reason I view these systems as a Creator’s handiwork. Because the field of pseudoenzyme biochemistry is so young, I anticipate the evidence for design to dramatically expand as we learn more about these surprising biomolecules.

Yet, despite everything we have learned about pseudoenzymes, adherents to the evolutionary paradigm simply can’t see these biomolecules as anything other than the product of an evolutionary history.

Because of the blind spot created by their philosophical commitments, the design of these systems is occluded from their view—and that causes them to miss the mark.

From reading this, one might justifiably assume that researchers Eyers and Murphy were strong naturalism-rejecting intelligent-design proponents, who were prompted to overcome the oppressive shackles of their short-sighted peers after a robust prayer meeting.

However, the paper Rana sighted is called The Evolving World of Pseudoenzymes. The abstract for the paper includes a section titled, “How did pseudoenzymes evolve?” Eyers and Murphy, whatever their supernatural views, are clearly methodological naturalists who made this discovery within those parameters. It was obviously not a blind spot.

Meanwhile, creationists insist that belief in a god and the authority of the bible are presuppositions. That is, they are not proven with evidence, but are simply be accepted as true before looking at the evidence.

Imagine a scenario where Yahweh god decided to completely and instantaneously heal an entire cancer ward, restoring each patient to peak physical fitness. Now imagine two scientists sent in to investigate. Scientist A’s mind is open to the supernatural, and so proclaims the event a miracle, documents it as such and goes home to sing praise songs. Now imagine Scientist B, also a Jesus-follower, but adhering to her on-the-job methodological naturalism she rigorously studies everything about the ward to find out what happened. She looks at the air, the food, the water, the cleaning chemicals, common batches of medicine, the procedures of the staff and anything else she can think of. Not content with “god did it” and calling it a day, she perseveres to find out HOW it was done, and maybe she finds it and can use the knowledge to help others. Which type of science should we encourage?

It takes little thought at all to think about scientific discoveries that were hindered by a theological world-view… the Earth orbiting the sun (Copernicus, Bruno, Galileo, Descartes, all punished by the church), Newtonian physics, ancient earth geology, and biological evolution… to name just a few. Modern religious opposition to science includes stem cell research and climate change science (for reasons I do not understand).

Rana points out that a commonly held view about pseudoenzymes was wrong… but it was SCIENCE that discovered this. The role of pseudoenzymes was never a presupposition, just observation to that point. Science changes when there is new evidence. It is holy books that assume a conclusion and never change.

You may also have seen this week’s National Geographic article about a feathered dinosaur tail discovered in 99-million-year-old amber. This is a particularly exciting find for those who study the evolutionary connection between theropods and birds.

Again, Dr. Rana took to the Reasons blog to respond to this discovery. He relatively fairly summarizes that “for many in the scientific community this discovery further affirms the evolutionary link between birds and dinosaurs, with feathered dinosaurs viewed as transitional intermediates.”

But Rana is skeptical.

It is hard to imagine how the “primitive” feathers associated with the dinosaur tail (again, dated at 99 million years in age) could be transitional if they appear over 50 million years after Archaeopteryx and co-occur with feathers from a bird belonging to enantiornithes.

This was so ridiculous, I had to ask Rana himself about it.

I'm responding to how the study's authors interpreted the find: As a transitional form…

I went to the original research article itself to see if Rana was right, but the only reference to transition is this one…

The integration of developmental studies [5, 7 and 33] and paleontology yields enriched models of morphological character evolution that help explain major evolutionary transitions in key clades such as theropods, including birds.

So, Rana wasn’t really referring to the study’s authors, but most likely the imprecise reporting by numerous outlets. But to set expectations of these derivative articles, there seems to be more words dedicated to the plausibility of Jurassic Park in real life than evolutionary ramifications.

So I call “baloney”, Dr. Rana. The researchers are not saying that this particular individual dinosaur that got its tail caught in amber is personally the ancestor of modern birds. They merely hold this up as consistent evidence that birds and theropods had a common ancestor in the past. The fact that there are individual theropods that lived after archaeopteryx is no more surprising than two cousins being alive at the same time.

(Actually, he took me aback by referring to archaeopteryx as a true bird, because it has so many reptilian traits, but I won’t chase that rabbit today.)

By Rana’s logic, the Android operating system wasn’t inspired by Apple’s iOS if there is a Samsung Galaxy 2 that predates the iPhone 7. 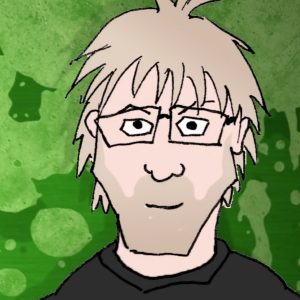 You may have noticed that it’s been a while since I updated the blog. “I’m sorry” or “you’re welcome”, depending on your perspective. 2016 has been a difficult year, and between the relentless waves of life’s arrows, I allowed myself to be distracted by some trivial pursuits including talking about comics and movies with my friend David on his YouTube channel.

As much as I enjoy writing, that experience has rekindled my love of the medium of video, and I’ve decided to take some of my thoughts and passions to YouTube in my own channel that I’m calling Paulogia. The first three videos will go public this week, and I’m a combination of proud and embarrassed, but it’s time to give birth. My intended audience is believing Christians, so perhaps you’ll join me and let me know what you think?